Kilmallie Shinty Club are local to the Lochaber area with most of their players coming from the Caol, Banavie, Corpach area.  The club play their games at the Canal Parks, Caol, Fort William and their previous changing rooms which were owned by the Highland Council were a prefabricated metal building.  The club decided to construct their own changing rooms and after many years of fund raising they were in a position to commence the design stage in 2009.  D Kelly Design were asked to provide a design for a building accommodating home and away changing rooms together with referees changing room, toilets, kitchen and committee room.  After several discussions with the client the building was designed and Planning Permission was approved in August 2009.  Building works commenced on site in January 2011 and works were completed by December 2011.

The facility is now fully open and used by all the teams of Kilmallie Shinty Club and also by other local shinty teams and welfare football teams. 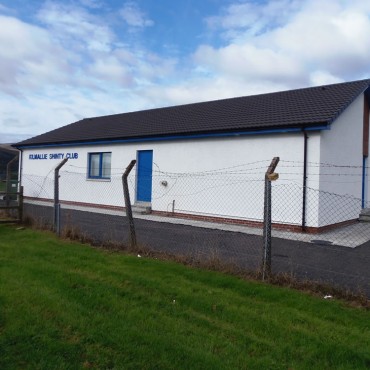 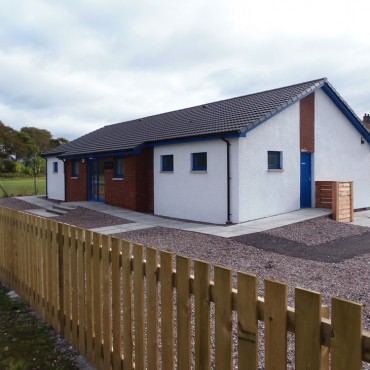